Awardwinner in 2017 for best performance of the year.

NEOARCTIC is an evocative, poetic, and alarming music performance on the Anthropocene – a new geologic epoch, defined by unprecedented human disturbance of the planets ecosystems. Humans have come to be a ‘force of nature’, causing rapid, often unintended changes to the Earth we inhabit.

NEOARCTIC looks at the ruins and the risings of the modern industrial civilization. Extinctions, new life forms and new landscapes. Symbiotic relations in a modern world of complexity.

The dystopian and the utopian are fusing, and a new sense of amazement at the wonders of the earth is required. The processes, the structures and their forms as interplay are the subject matter of NEOARCTIC.

Twelve outstanding singers are seen and heard on a large stage. Words are sung, whispered, shouted as songs and repetitive, hammering soundscapes.

Beautiful melodies appear and disappear. The stage is a canvas for light and colours, films and projections. A landscape in constant change.

Stunning sceneries ask: Where did we come from? Where are we heading? How far can we go? 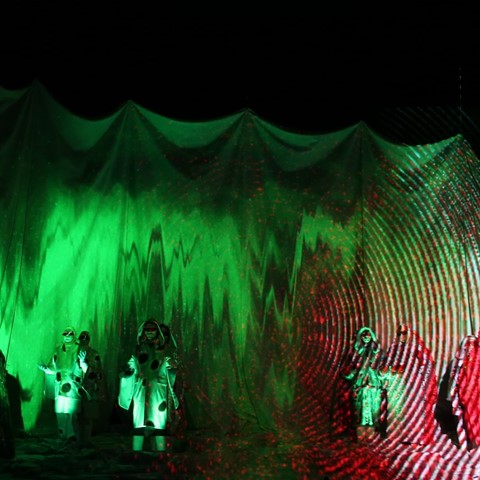 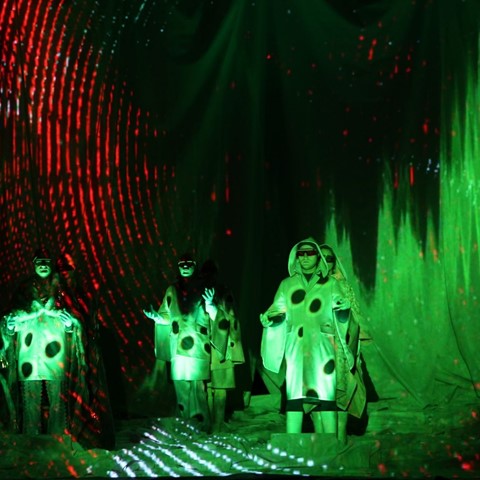 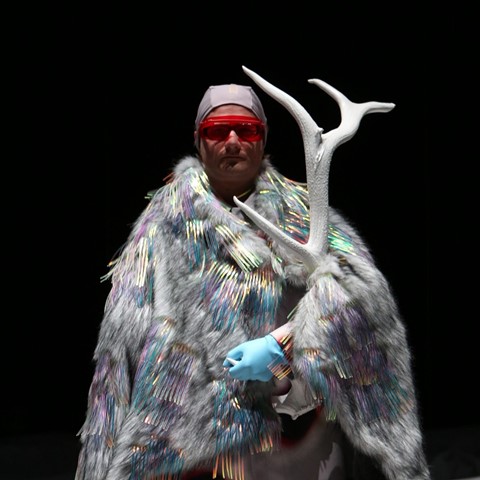 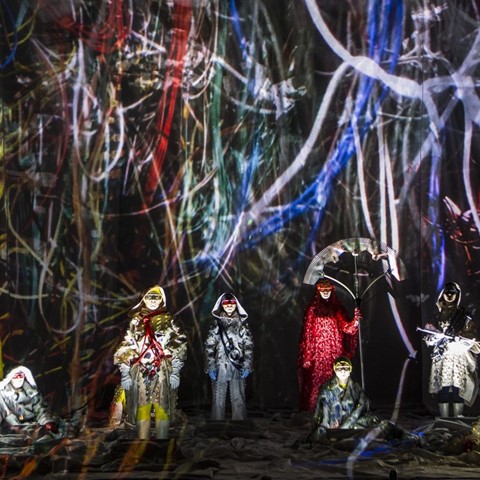 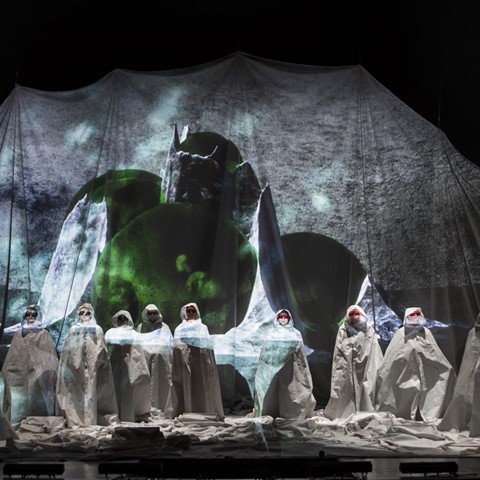 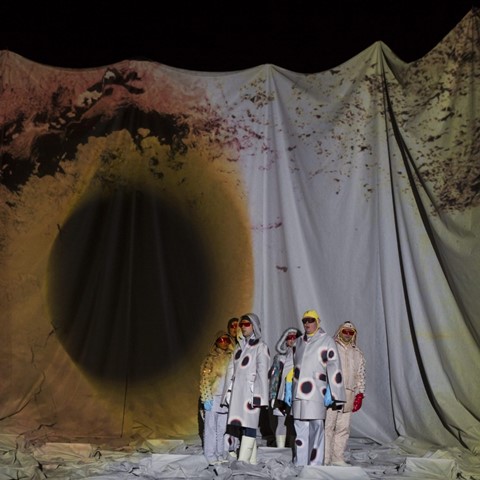 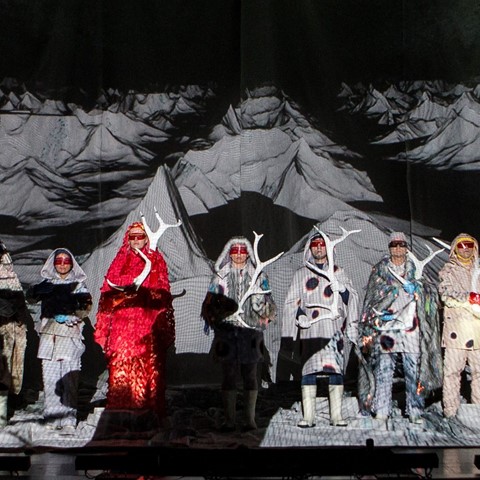 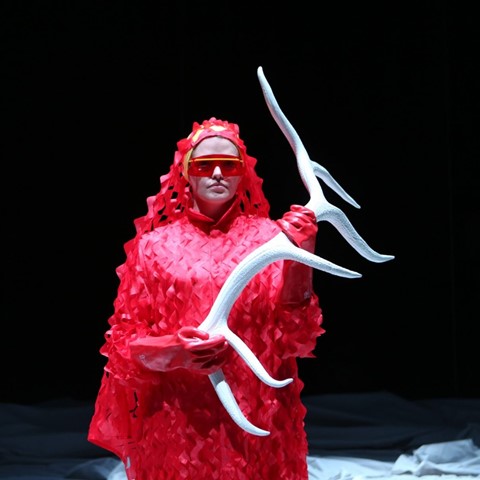 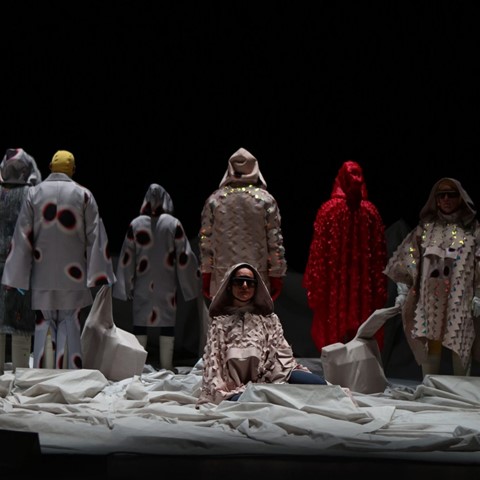 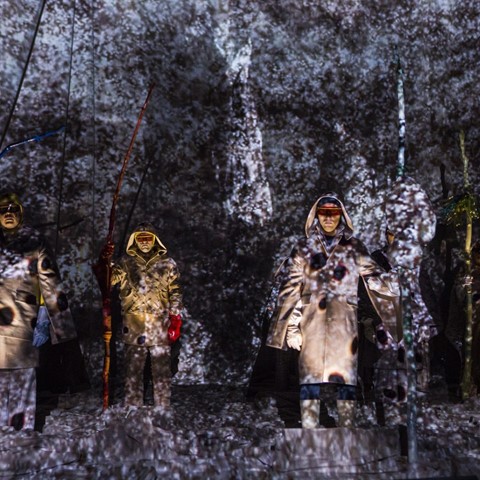 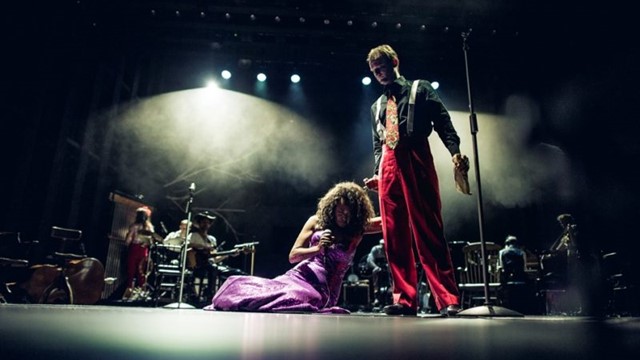 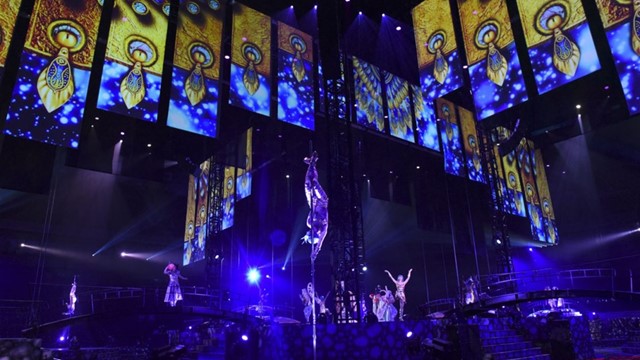 28 High-speed Roll Downs made the scenery change with carefully choreographed live action scenes projected onto the screens controlled by the Roll Downs.