Dragons Quest is one of Japans best known computer game franchise that takes the player and their chosen character through an elaborate fantasy journey of exploration and excitement that has created a mass following since it was created 30 years ago.

Wahlberg Roll Downs, 28 of them, individually controlled, with double screens, made the scenery changing and spectacular with 24 30 k projectors merging 3D Video and carefully choreographed live action scenes onto the screens.

The roll down screen rise and fall to provide an ever-changing projection landscape. Linked together with multiple performer fly tracks, the games characters blend into the projected animation to give the audience the immersive environment of their game. Stufish Architects designed a set that would allow the game characters to embark on their quest through an elaborate and expansive stage layout covering the entire arena floor.

A centre stage is linked with different island stages through a network of bridges to bring the action deep into the house and close to the fans. Adding to the excitement, Stufish designed bridges that could fly out or create an undulating landscape of bridges and rising island stages.

Dragons Quest Live is the first original content arena spectacle in Japan that will tour throughout the country and raise the bar for live entertainment in Japan.

Photos by courtesy of Stufish Architects. 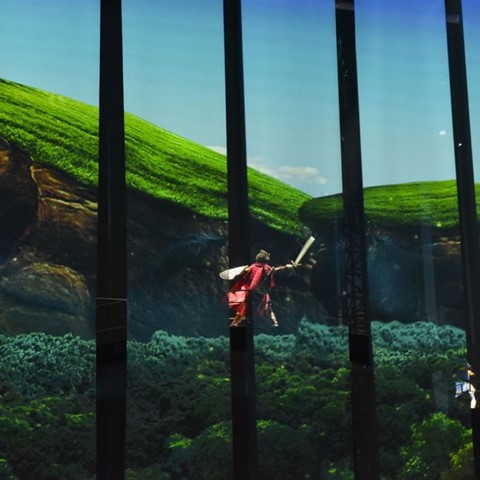 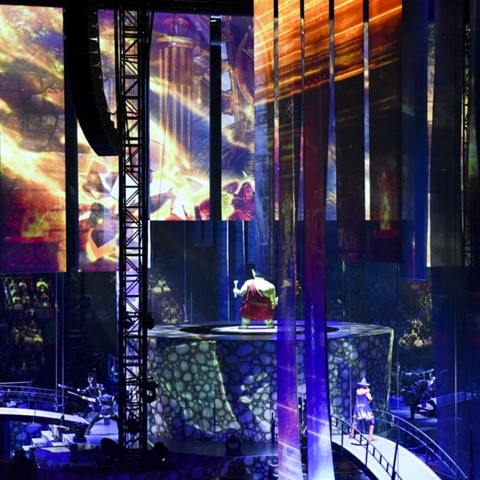 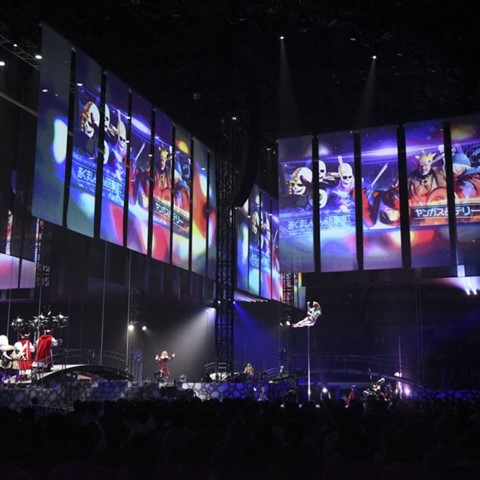 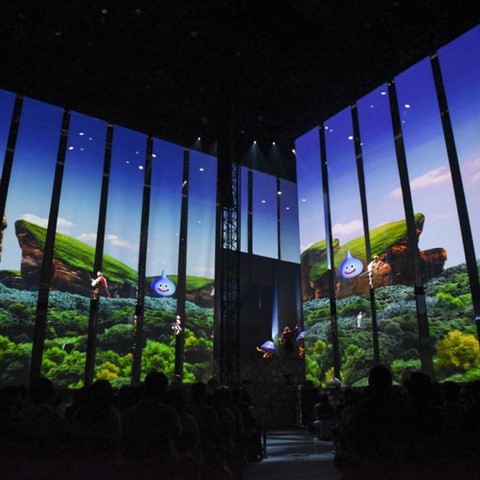 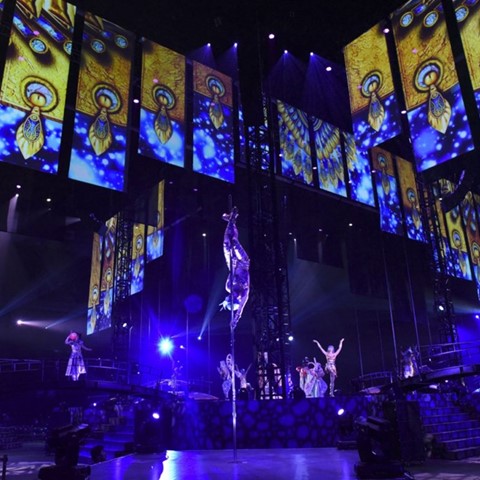 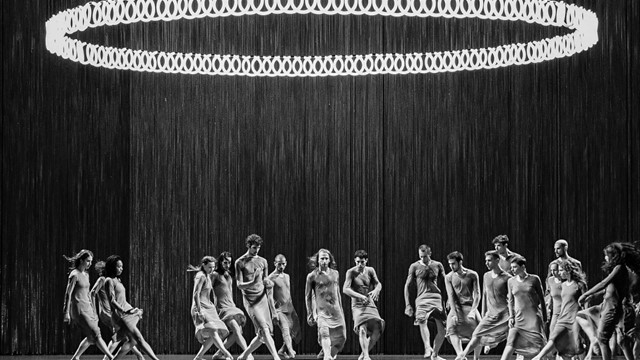 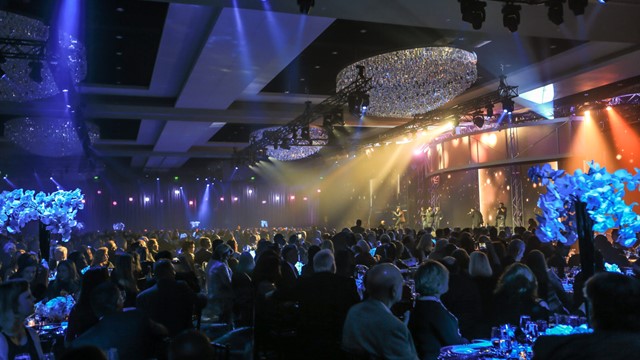 Luminaries of the Game Super Bowl event in 2017, Houston